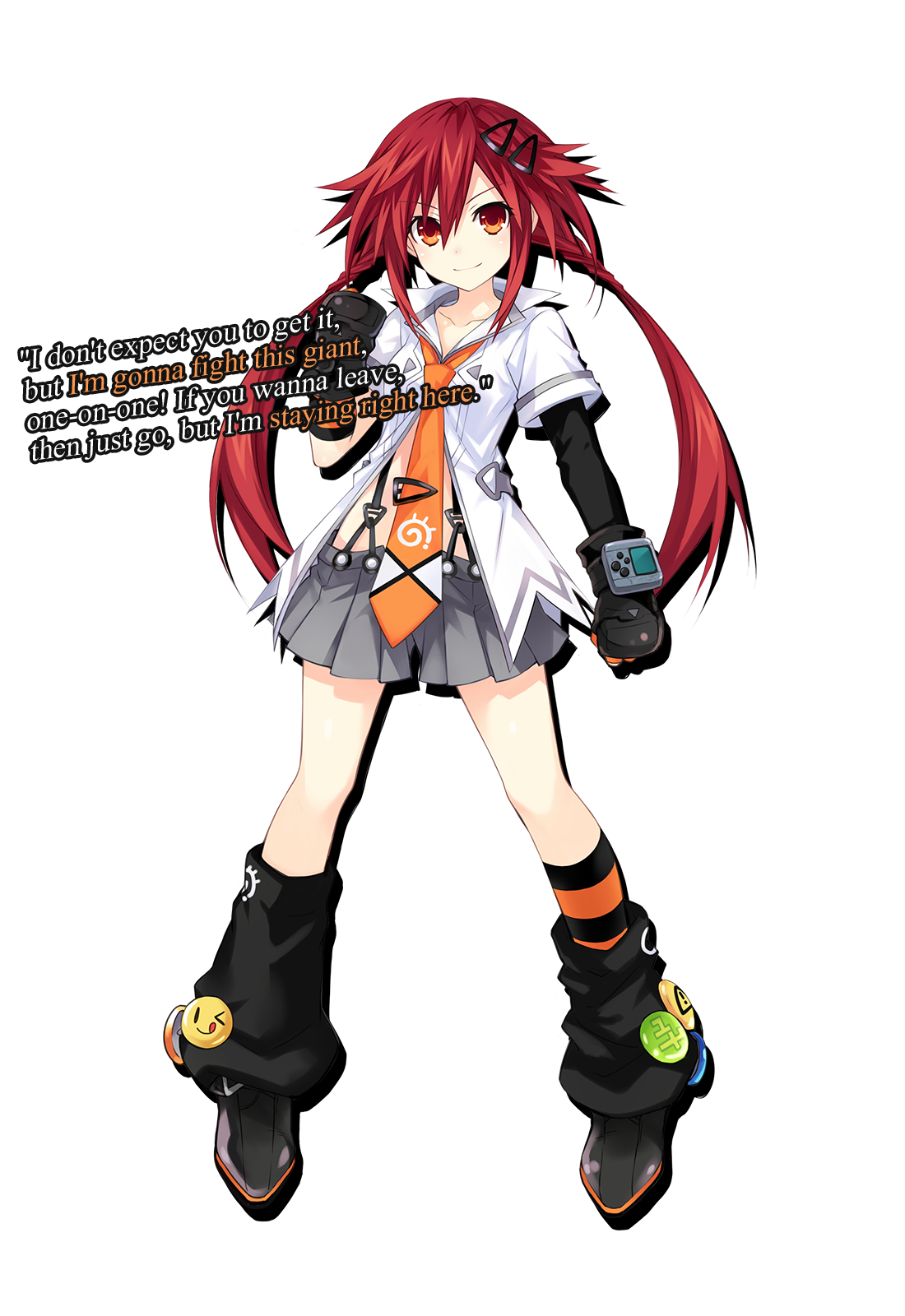 Uzume lives in Zero Dimension, which is also where Neptune and Nepgear first met her. Though she can be pretty blunt or harsh at times, deep down, she has a kind heart. She also bears a strong sense of duty as a CPU. She risks her life in order to protect the residents of Zero Dimension who are barely surviving as it is. Her fighting spirit and devotion to her people is almost unparalleled. On the other hand, her habit of intense daydreaming reveals she has a more girlish side to her beneath the surface. 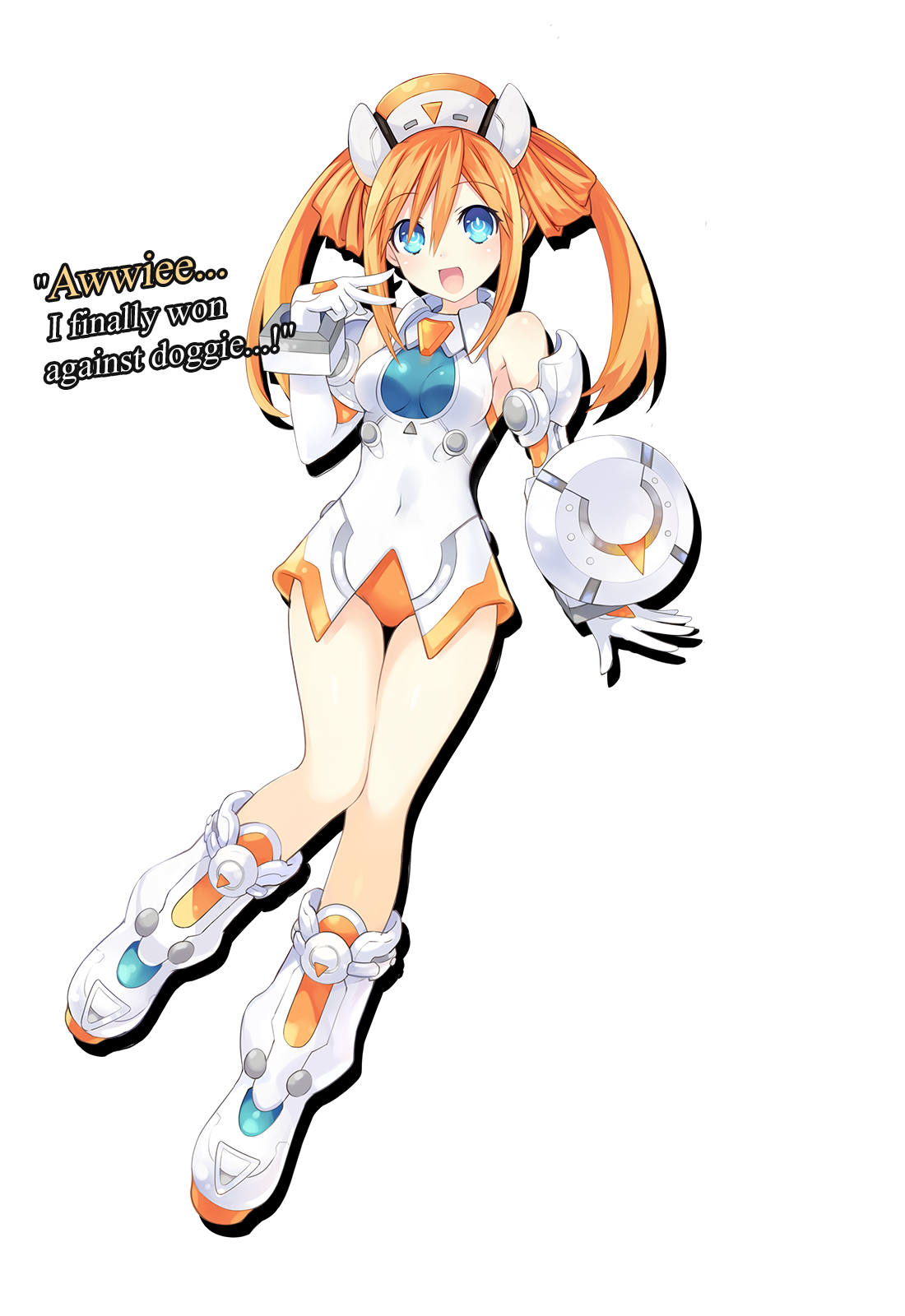 Orange Heart is Uzume’s HDD form. Her lively and gruff personality completely reverses. She exudes an adorably cheerful temperament in this form. Calling her enemies "doggies" and dancing to the beat of her own drum might make her seem lacking in ardor or urgency during battles, but she is always earnest and ready to fight for her people. 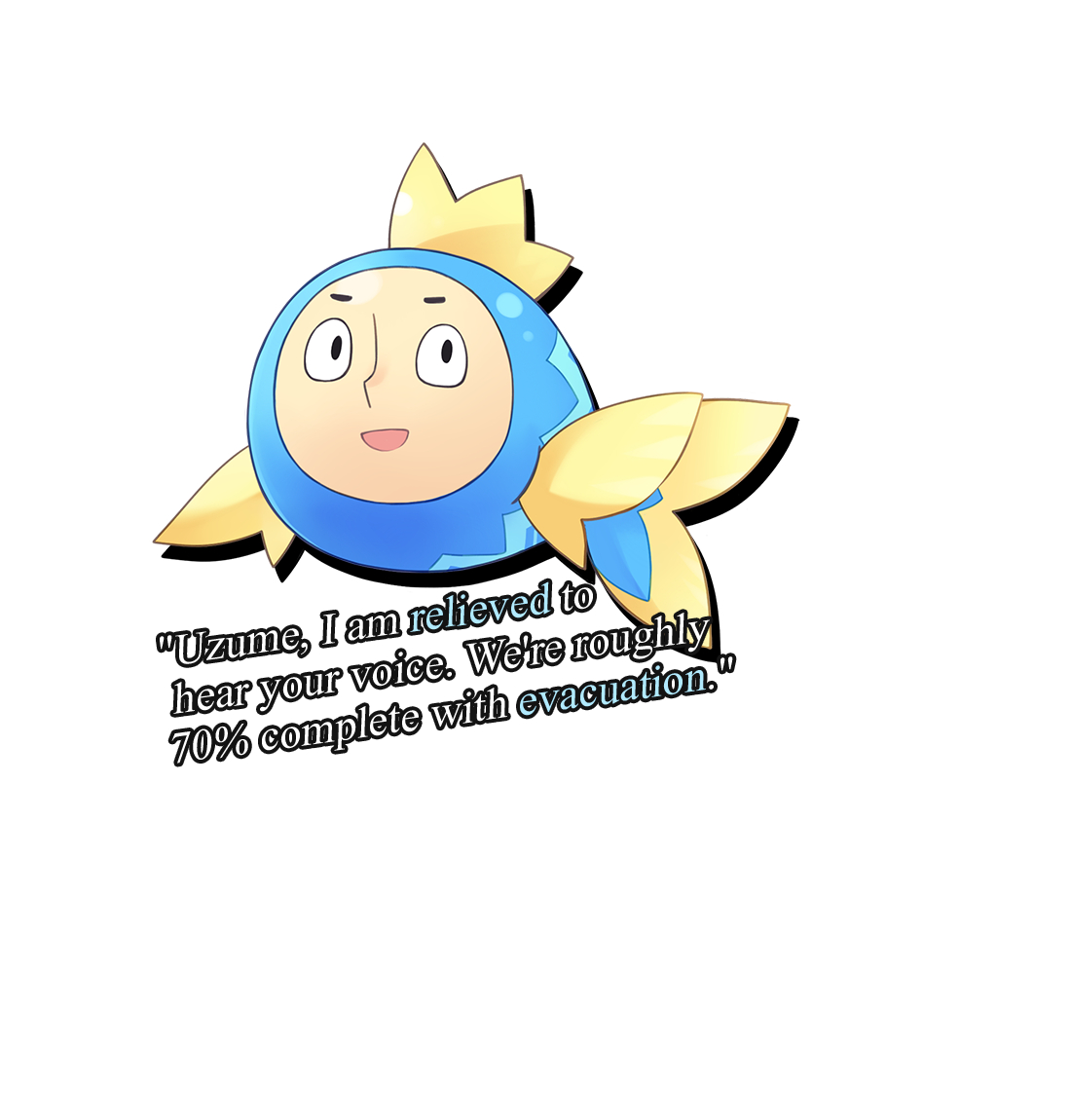 Umio is Uzume's right-hand fish and has the most serious facial expression you've ever seen on a person, fish or not. Contrary to his ridiculous appearance, he has a very sensible personality, and Neptune describes him as an "elegant gentleman." He swims through the air instead of the water, but whether he uses lungs or gills to breathe is shrouded in mystery. 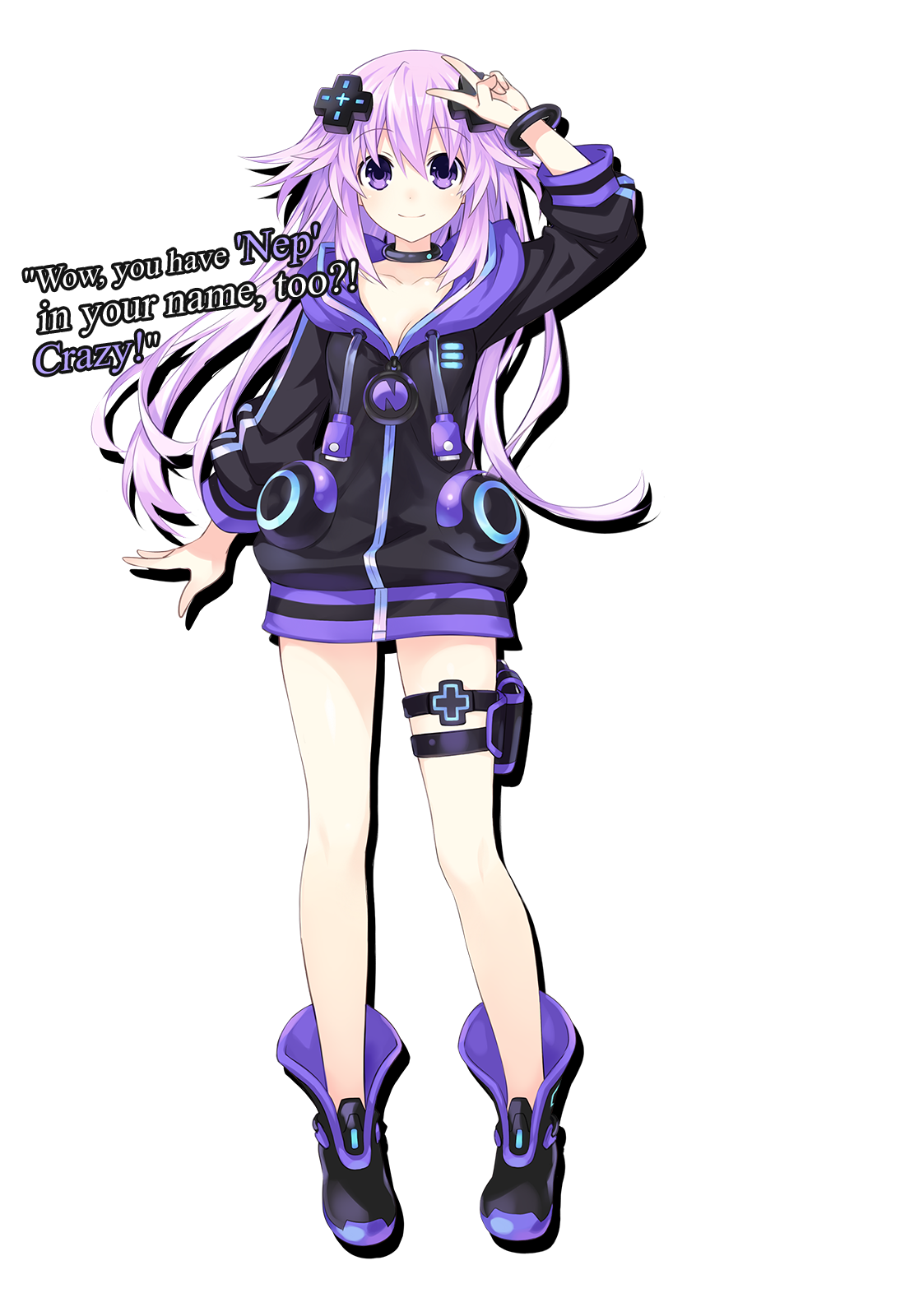 The other Neptune that Nepgear meets in Zero Dimension. Like the smaller Neptune, she has a bright and positive personality. Contrary to her mature look, however, she displays some semblance of innocence or defenselessness in her actions. Her hobby is filling her specimen book, the "Nep-Note," and she travels to other dimensions in search of rare bugs. While she's called the "Older Neptune," it's still unclear whether she's actually an adult or if she's actually still just under aged.
Back to blog