Explore the Desert of Beginnings in Arc of Alchemist™! The desert-filled RPG Arc of Alchemist™ will be heading to Europe on January 31, 2020, but we would like to share some screenshots and more exciting details about it with you while you wait!

Use the Powerful Lunagear to Navigate Through the Trap-filled Desert!

The Lunagear is a special device assembled with ancient technology. Only Quinn is capable of using it, and by incorporating "Orbs", its wearer can control the elements: Fire, Water, Wind, and Earth. The Lunagear corresponds with whichever Orb is equipped. With the Fire Orb, you can summon fire to damage enemies; with the Earth Orb, a slab of rock to form a barrier against damage. Use these different Orb elements to solve various puzzles in the Desert of Beginnings. Certain puzzles will require players to combine two elemental Orbs to progress, so experiment with the different possibilities! As Quinn and her squad explore the Desert of Beginnings, hidden mechanical gimmicks will emerge to block their path, explode on contact, and more! Keep the team safe by recognising signs of these traps.

Use Gimmicks to Your Advantage & Find Enemy Weaknesses!

Exploring the world of Arc of Alchemist™ you will notice special gimmicks that can only be activated with the Lunagear. Use these gimmicks to your advantage to light up lamps and also weaken larger and stronger mechanical bosses! Twas the night before Nep-mas,
And the trees were all bare
When along came dear Iffy
With baubles for branches to wear!
Red ornaments of Iffy pouting on one side,
On the other, a message of "Happy Iffydays" said with pride.
But wait, what's this? A switch nestled atop?
A flip of it reveals colourful lights and snowflakes, dancing nonstop!
What a wondrous invention to spread holiday cheer,
So get it for every friend and dogoo to make their decor god tier! These light-up ornaments will be up for pre-order on Iffy's European Online Store on 28th November!

We will also be having a holiday sale from 28th November to 22nd December! You can get the following standard edition games for as low as 20% off! Order your Limited Edition today, before other fencers snatch them up!

In MeiQ: Labyrinth of Death you must switch between Machina Mage and machine to mow down enemies and clear dungeons. Check out the latest battle screenshots! 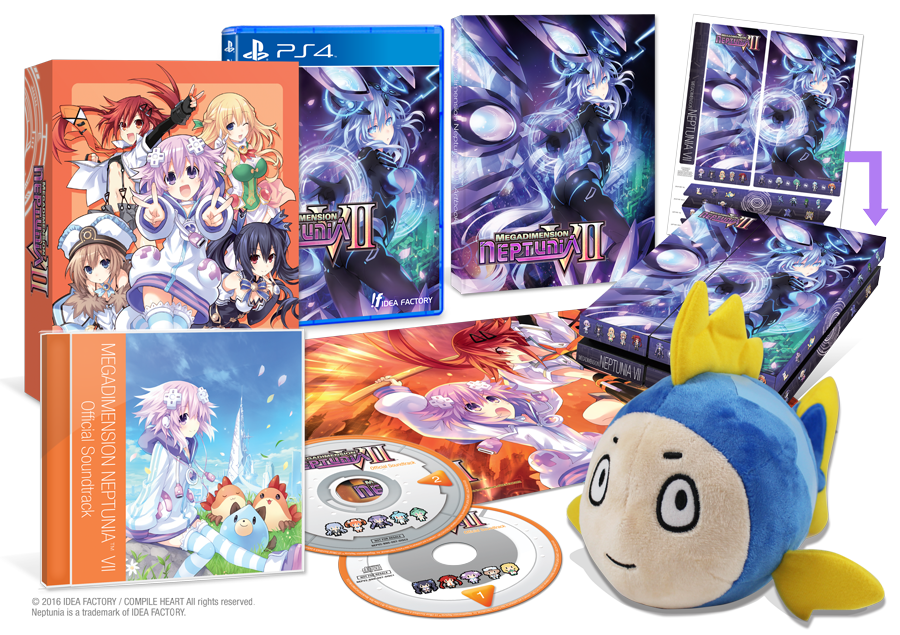